What is the additional support for businesses in the tiered lockdown? 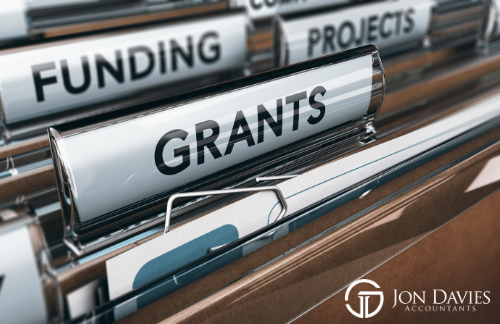 Earlier today, Rishi Sunak announced additional support for businesses and workers as we all continue to be affected by the COVID-19 restrictions.

This is an update on last month’s Winter Economy Plan. At the time, a lot of people thought that didn’t go far enough. And I was one of them!

And, with the new three tiers of restrictions leading to closure of businesses and reduced trade for others, more cash is desperately needed to support businesses and jobs.

So, what has changed?

Watch our video or read about it below.

The furlough scheme was due to be replaced by a new Job Support Scheme for 6 months from 1 November.

There will now be two Job Support Schemes to reflect different needs:

So, how do they work?

This scheme is for businesses legally required to close due to coronavirus restrictions, for example pubs and bars in Tier 3 areas.

The Government will pay 67% of the employees’ usual wages.

This is a bit more complicated!

The idea is that the scheme will support businesses where employees are on reduced hours, for example due to the 10pm curfew, or simply because there is less business about.

The Job Support Scheme will allow employees to work part-time, with the Government part-funding the remainder.

To be eligible, an employee must work for at least 20% of their normal hours. For any hours that aren’t worked, the cost will be split:

This effectively means that the Government will fund up to 49% of an employee’s wages.

The employer will still pay all Employers National Insurance and Pension contributions.

The maximum Government funding will be £1,542 per employee per month.

Employers will also still be eligible for the £1,000 Job Retention Bonus for any previously furloughed staff who are still on the payroll through the Job Support Scheme as at 1 February 2021.

What businesses are eligible?

All small and medium businesses with a payroll are eligible. They do not need to have used furlough before.

Large businesses will need to show a drop in turnover due to COVID-19. The precise details haven’t yet been announced.

Which employees are eligible?

Any employee who was on a payroll reported to HMRC by the end of 23 September 2020. This was the date of the original Job Support Scheme announcement.

This does mean that an RTI submission must have been made to HMRC by that date so, for monthly employees, the cut-off was effectively 31 August.

How much will the funding be?

To give two examples:

If an employee earns £1,000 per month and works half of the time:

The Self-Employed Income Support Scheme will be extended by 6 months. The Government will pay 40% of average monthly profits.

The eligibility criteria will be the same as the previous payments, ie open to people who were self-employed prior to 5 April 2019 and have had their business affected by coronavirus.

There will be an initial grant to cover November to January, capped at a maximum of £3,750.

A second grant will be paid for February to April – the amount will be finalised nearer the time to reflect the economy at that point.

Grants had already been announced for businesses that legally need to close in Tier 3, but there was a recognition that the businesses in Tier 2 are also suffering due to restricted trade.

For example, how many people go to a bar if they’re not allowed to actually meet anyone when they get there?

The grants are based on the rateable value of the premises and are as follows.

In Tier 2, Local Authorities will be given funding by Government to cover 70% of the Tier 3 amounts plus a 5% top up for businesses who are not registered for rates.

The actual allocation in Tier 2 will be at the Local Authority’s discretion but it leads to expected monthly amounts of:

The funding will be backdated to cover restrictions that were in place prior to the Tier system, for example local lockdowns.

However, the Government is clear that the amounts per business are approximate due to Local Authority discretion.

The grants will run until April 2021, with a review in January.

WHAT DOES IT MEAN OVERALL?

I do think the revised Job Support Scheme is much better than the initial announcement last month.

In that scheme, employees needed to work at least one third of the time and employers were paying 55% of the salary for someone working 33%. The Government then added 22% for the employee.

I didn’t know many business owners who actually intended to that scheme as most thought it wasn’t worth it. They were more likely to simply pay the 33% and ignore the scheme….or make people redundant.

It was too costly to keep part-time staff on.

The new scheme does redress that. Someone working 33% of the time will receive 78% of salary, but only 36% will be paid by the employer. 42% is now covered by Government.

This is a far better incentive to keep staff in jobs.

The idea is that the £1,000 Job Retention Bonus should keep it cost neutral for employers after NI and pension contributions.

On the other measures, the increase in the Self-Employed grant is welcome, but there’s still nothing for the forgotten 3 million who missed out previously – freelancers, the newly self-employed, and Limited Company Directors.

Overall, though, this will be a help for businesses and workers.