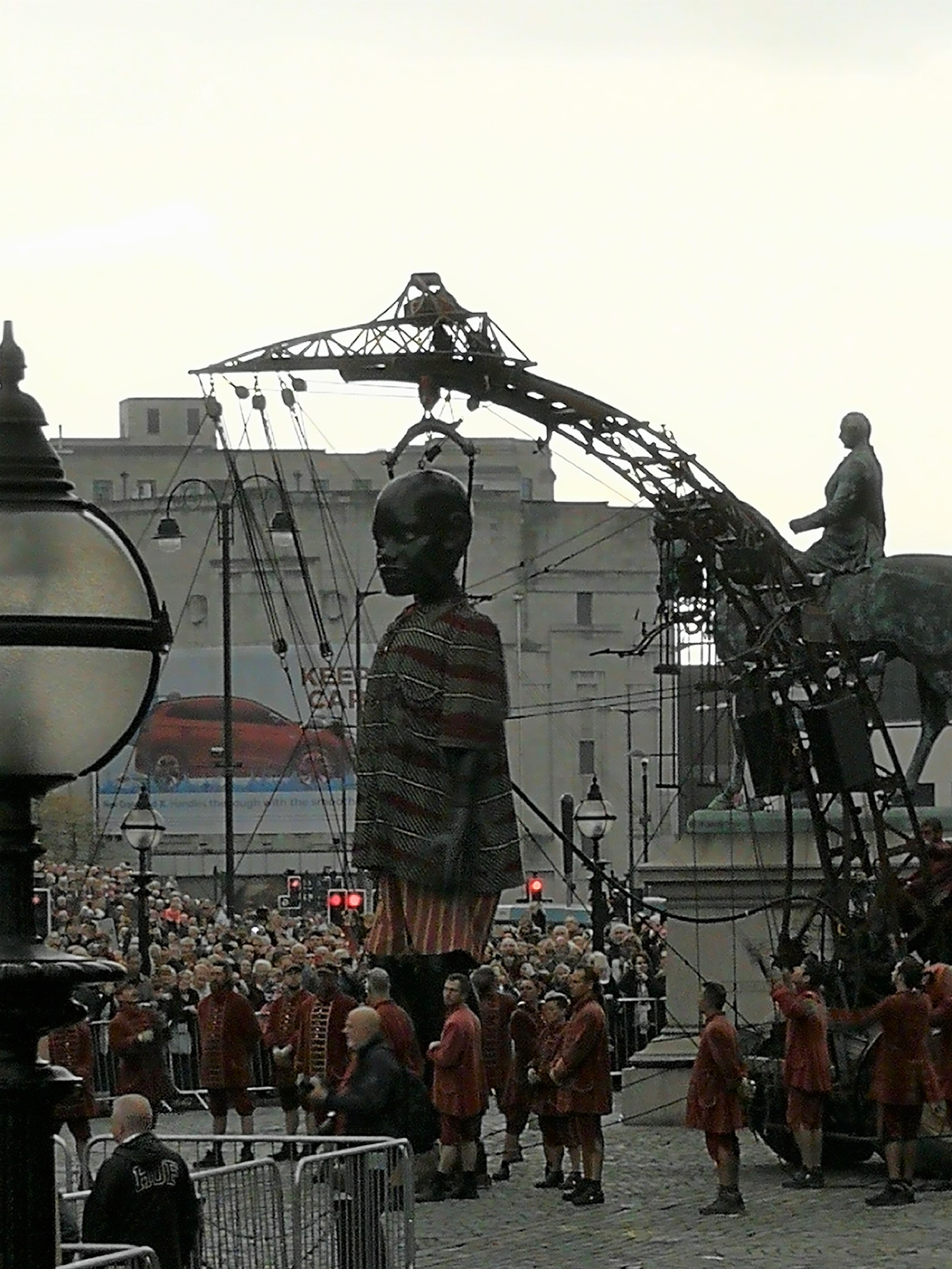 I had a great weekend last weekend following the Giants around Liverpool.

It started on Friday morning. We were lucky enough to go to a VIP breakfast in St George’s Hall before watching the Little Boy Giant and Xolo the dog set off. On Saturday, I came back into town with Louise and the girls to watch the Big Giant and then all of them meet up.

It was a great weekend with over 1.3 million people in town to enjoy it.

But, on Monday, someone was chatting to me about the fact that it was a total waste of money. They were saying it cost £5 million to put on……and it would be better spent fixing some of the potholes in the roads.

And the point was that they were seeing it as a cost rather than an investment. You see, it may have cost £5 million (or whatever the figure actually was) but, as an investment, it brings in a huge amount to Liverpool and the local economy.

There was a report on the 2014 visit of the Giants that said it brought in about £43 million to the local economy. And this time there were even more visitors, so it’s likely they spent more than £43 million.  And, if you’re given the chance to spend £5 million to get £43 million back, that’s actually a good investment.

As a business owner, you have to look at things in your business, particularly when it comes to marketing, as an investment……. and measure that return on investment. A piece of marketing might cost £1,000. If you get £10,000 back, it’s worth every penny. If it only gets £10 back, it was a waste of money, so don’t do it again. The key thing is that you’re measuring it and know whether it was a good investment or not.

So far, each time the Giants have come, they’ve brought a huge amount of money into the local economy. And that’s before all the publicity – seeing the pictures shown on the BBC news and around the world. They’ll have a longer term impact in terms of tourism in the city.

So, I just want you to think this week about the difference between a cost and investment. Sometimes you have to invest in your business to make it grow.

And, anyway, it’s well worth £5 million to put a smile on my daughters’ faces.