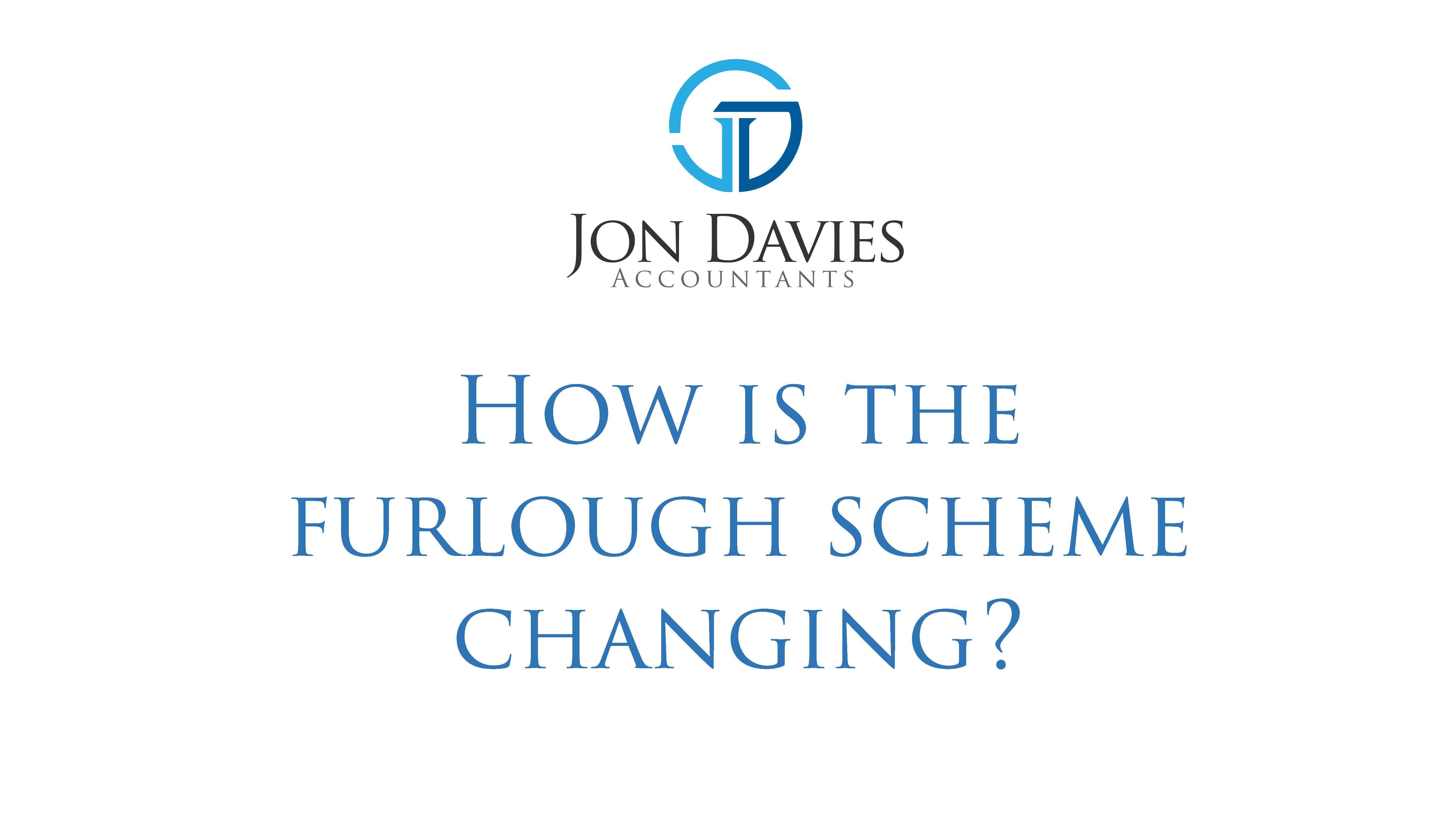 With Rishi Sunak outlining the wind down of the furlough scheme yesterday, we thought it would be useful to explain the key dates and changes, and the impact on business owners.

You can watch our video or you can read all about it below.

I won’t go back to the beginning and explain what the furlough scheme, or Coronavirus Job Retention Scheme, is. I’ll assume you’re sick to death of the word “furlough” by now and know the basics. If you do want a recap, you can read about that here

But the basic premise is that, if you need to temporarily lay off a member for staff, the Government will currently pay 80% of their gross salary, with a maximum funding of £2,500 per month per employee.

In addition, the Government will pay the Employers’ NI and Employers’ statutory pension contributions.

This was originally to be until the end of May. It was extended to 31 October, but with a warning that Employers would have to start sharing the costs. The share of those costs was confirmed yesterday – 29 May.

So what are the key dates and changes?

10 June is the last date you can place someone on furlough. Strictly speaking, the scheme will be closed to new entrants after 30 June, but 10 June is actually the key date as they must have been furloughed for a minimum of 21 days before the cut-off date.

From 1 July, it will be possible to bring back furloughed staff part-time. To date, it has been “all or nothing”, so this is a major change.

The employer pays the wages while they work, and claims the 80% furlough while they don’t. This can be on any amount of hours or shift pattern.

From 1 August, employer must pay the Employers’ NI and Employers’ statutory pension contributions for furloughed staff.

So far, around 40% of businesses who have claimed furlough funding haven’t claimed any of these costs anyway, so would be unaffected.

Based on average claims to date, this change will mean that Employers will pay around 5% of the total cost of employment pre-furlough, ie if the employees were working and paid as normal.

From 1 September, the Government will cut its funding to 70% of gross wages. The maximum grant will be £2,187.50 per person.

Therefore, Employers will pay 10% plus the NI and pension.

This is estimated to be 14% of the average employment costs pre-furlough.

From 1 October, the Government will pay 60% of gross wages, with the maximum grant capped at £1,875 per person.

Employer contributions will increase to 20% which, including NI and pension, is estimated to be 23% of the average employment costs pre-furlough.

And then, from 1 November, all Government funding will end.

So, those are the changes to the scheme. Overall, it is a good thing that the Government are supporting businesses and helping people retain the jobs by bringing this scheme in.

But there’s also recognition that the Government can’t afford to fund it indefinitely, or even fund the full 80% for the eight months that the scheme will run for.

It’s cost £15 billion so far and expected to cost £80 billion in total.

Therefore, business owners do need to contribute. The Government estimates that, if you furlough a staff member full-time for the whole 8 months from 1 March to 31 October, your share of the cost will be around 5% of the cost of having that employee full-time for that period.

Or it might force those difficult decisions to let staff go. The idea of the scheme was to fund staff costs for people who would have a job to go back to. If there isn’t going to be a job at the end of this, employers are expected to make redundancies – some airlines and shops have already done this.

For me, the issue is that the situation is different in different sectors. For example, a restaurant or hospitality business can’t open now and, even when it can open, will find it hard to open at full capacity due to social distancing. Therefore, they won’t need all the staff back straight away but won’t be bringing in enough cash to even pay the 10% or 20% of wages.

It’s the same with travel, where people won’t be travelling in the same way for quite a while.

Perhaps there could be more support in those sectors.

But, for the rest of us, there’s a recognition that we will have to get back to normal…….even if it is a new normal with a new way of running the business in these changing times.