How does the Job Support Scheme work 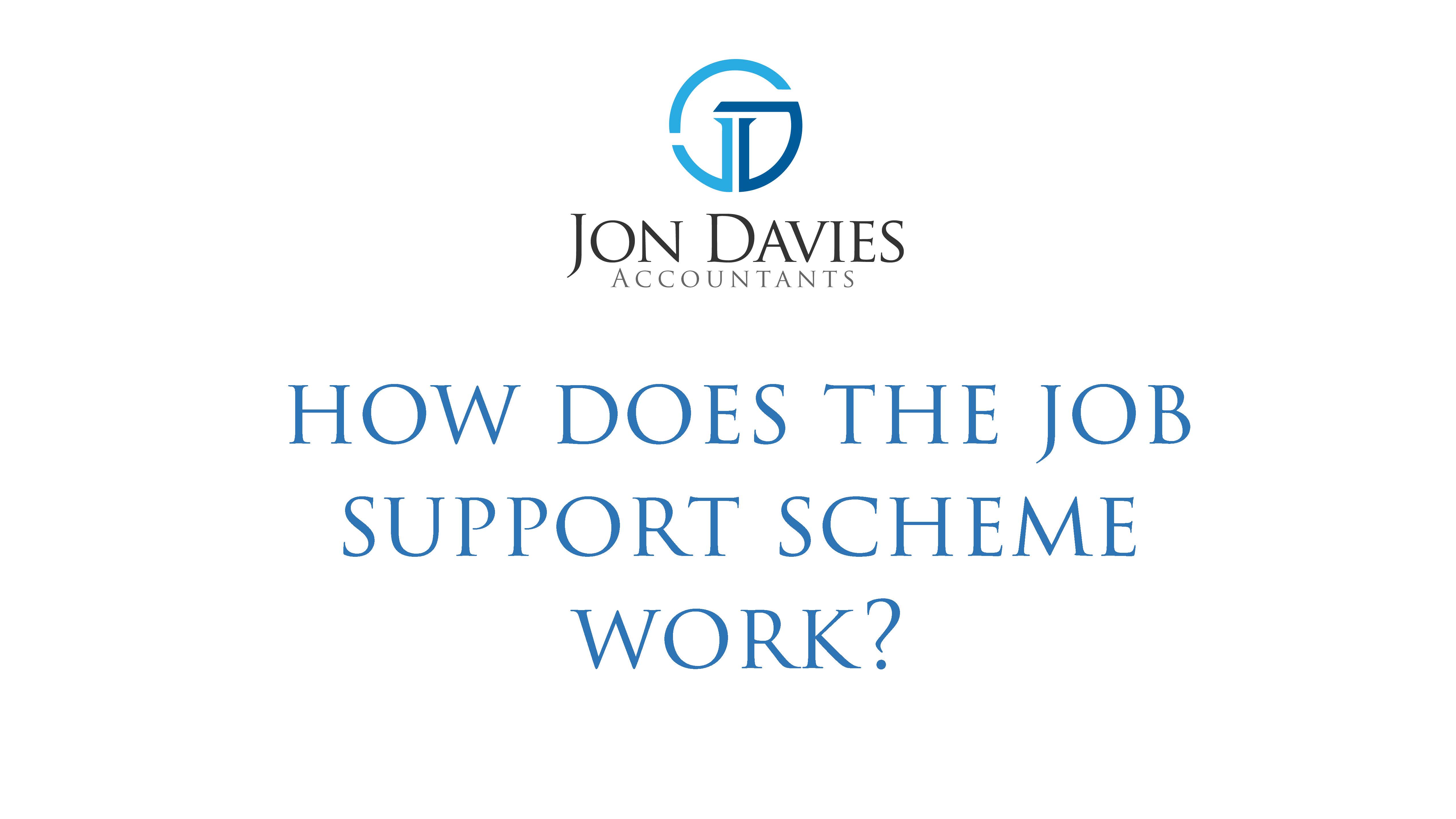 This replaced the standard Budget to reflect the new lockdown measures and the impact on businesses and individuals for the next 6 months.

As expected, a replacement to the Furlough scheme was announced, but how will it work?

Watch our short video to find out.

What was the furlough scheme?

For the past 6 months, the Coronavirus Job Retention Scheme – or Furlough – was brought in to protect jobs.

Where employees weren’t needed, the Government would pay 80% of their normal wage while they were off work. Initially, employers didn’t have to pay anything, so millions of jobs were protected during lockdown.

It was always accepted that this was a temporary measure and, over the past few months, it has been reduced. In October, Government are due to pay 60% of the wages and employers 20%.

But, on 31 October the scheme was due to end.

With the new measures introduced this week over office working and curfews on the hospitality industry, and with tourism and many other parts of the economy struggling, we were heading towards a cliff edge on 31 October.

Hundreds of thousands, and potentially millions, of jobs were at risk of redundancy next month.

So, what did Rishi announce?

The furlough scheme will be replaced by a new Job Support Scheme for 6 months from 1 November.

Furlough has cost the Government over £8billion per month but there is a worry that it’s being used to pay people who will never be needed again their current job.

How will it work?

The new scheme will allow employees to work part-time, with the Government part-funding the remainder.

To be eligible, an employee must work for at least one third of their normal hours. For any hours that aren’t worked, the cost will be split:

This effectively means that the Government will fund up to 22% of an employee’s wages.

The maximum Government funding will be £697.92 per employee per month.

Employers will also still be eligible for the £1,000 Job Retention Bonus for any previously furloughed staff who are still on the payroll through the Job Support Scheme as at 1 February 2021.

What businesses are eligible?

All small and medium businesses with under 250 employees are eligible. They do not need to have used furlough before.

Large businesses will need to show a drop in turnover due to COVID-19 to be eligible and may be required to stop dividend payments to shareholders.

How much will the funding be?

To give two examples:

Example 1 – Employee works one third of the time

If an employee earns £1,000 per month and only works one third of the time:

Example 2 – Employee works one half of the time

WHAT DOES IT MEAN OVERALL?

I think most people recognise that the Furlough scheme can’t go on indefinitely – it costs too much and, to an extent, is being used to protect jobs that are no longer viable.

However, there’s also a recognition that we were approaching a cliff edge on 31 October when the scheme was due to abruptly end.

The new scheme isn’t as generous, but it will support jobs that are viable in the longer term. Employers who do keep on previously furloughed staff until 1 February will also get a Job Retention Bonus of £1,000 per employee.

However, how many businesses will pay 55% of the standard salary of someone who is only working 33% of the time? If you had 3 people working like this, you’d pay 165% salary for 100% of a job.

I’ve already been asked – “can’t I just pay for the hours worked and not bother with the scheme?”

It will need a genuine assessment of whether they will be needed full-time again in the future and a look at the overall cost over the period, including getting the £1,000.

My gut feel that the industries that need it most – including hospitality – may well be the ones who would decide not to use it.

Perhaps a more targeted scheme could have been introduced to protect jobs in the worst-hit sectors, for example hospitality and tourism.

Overall, this will be a help for businesses and employees. But how much of a help remains to be seen.

If you do have any questions, please do get in touch.

Hi Admin, Thanks for sharing such a good blog. I want to draw your attention toward a useful article based on “Furlough”. Go ahead and check more information at https://www.qredible.co.uk/b/furlough-frequently-asked-questions-answered/

Hello Jon Davies, It is very nice that your blog is providing valuable information to us. I want to aware you toward Job Support Scheme: What You Need To Know! https://www.qredible.co.uk/b/job-support-scheme/